What Does a Music Programmer Do?

If you’ve dabbled in modern music creation, you may have heard the term “music programmer” here and there and wondered what they do. These days, it is almost impossible to meet music producers who don’t implement technology in their production. If you’ve ever wondered what it would be like to combine computer science with music, well, music programmers do just that. But what does a music programmer do?

A music programmer works to express thoughts and ideas musically by using electronic devices and computer software such as sequencers, synthesizers, samplers, and other equipment. Musicians use these tools in the recording studio to create the sounds of different instruments.

Below, we will look at what part a music programmer plays in modern music creation. We will also cover what you need to know for music programming and how it works.

What is Music Programming?

Music programming is a part of the music production process in which sounds are produced from scratch using different software and equipment. Music programmers can layer and manipulate different sounds to create a track without even having those instruments on hand.

Much of the music we know and love wouldn’t be the same without music programming. Musicians use this process in electronic, hip-hop, pop, rock music, and all genres across the globe.

What Part Does a Music Programmer Play in Music Production?

While music programmers are often involved in many or all parts of music production, they dive into the technical aspects of creating and shaping sound using the equipment available to them.

As technology advances, tastes in music expand and change. Music producers need to have an innovative and experimentalist mindset, staying curious about emerging methods and technologies, and not being afraid to program unique sounds.

Some of the expected duties of a music programmer include:

As you already know, technology is heavily used in music creation today, whether you are in a studio or have a setup at home. Computers are one of the primary tools for producing music. Creators typically load them with programs and software, such as a DAW, enabling users to create, manipulate, and arrange sounds.

We will discuss what a DAW is later.

A MIDI controller, studio headphones or speakers, audio interface, and a microphone are all considered essentials in a recording studio or home recording setup.

What to Look for in a Music Production System

Today, music and computers go hand in hand. A computer is considered essential for producing music, so it is vital to know what specifications you need in your music production system. Here are the three main things to look for when shopping for a computer:

If you’re making music on a computer, your Digital Audio Workstation (DAW) is the most critical tool in your setup. In short, a DAW is a music production software program used for recording, editing, producing, and manipulating sound and audio files.

A good DAW has all the tools you need to create and arrange music so that it all fits together. DAWs replicate the features of a multi-track tape recorder with the added functionality of a computer.

Regardless of your computer type, experience level, or finances, you will easily be able to find a DAW that fits your needs.  Some of the most popular DAWs include:

You don’t need to learn all of these systems, but it’s worth mentioning that programmers who can seamlessly move between DAWs are often in high demand. If you’re just getting started, your best bet would be to pick an interface that feels comfortable to you and work with until you’ve mastered it before learning another one.

Musical Instrument Digital Interface, or MIDI for short, is an integration tool that allows electronic instruments, synthesizers, and other digital musical tools to communicate within the DAW. The MIDI itself does not make a sound. Instead, it sends a series of messages to the hardware and software it connects with, telling each one how to perform.

Other Items for your Home Studio

MIDI and DAW aren’t the only tools music programmers utilize. Here’s some other equipment to consider adding to your home studio:

How is Programming Used to Make Music?

It wasn’t long ago that recording music just involved a simple analog tape recorder. Today, music is recorded, edited, and transformed using computer technology. Now, we won’t go too into detail about how programming works, but here’s the gist of it.

Music is measure by time in the form of Beats Per Minute (BPM). Computers use coding languages and software containing virtual instruments and sound samples to create musical sentences and phrases organized into a time structure. Music programmers can use these computer programs to manipulate different sounds by the millisecond to create a track.

Live coding is a form of intermedia art where performers create and modify music during a live performance using software-based instruments. During the performance, visuals appear in the form of projected code. These visuals respond to changing factors during the music’s creation.

The most common programming language used in live coding performances is Sonic Pi. Below is a quick video if you are interested in seeing Sonic Pi in action.

As you’ve likely noticed by now, there’s a lot that goes into being a music programmer. Modern music relies heavily on technology to produce the sounds we are all familiar with, and programmers require specific skills to operate the software and hardware that creates those sounds.

The music industry and video game companies seek quality music programmers. What is more, these industries are constantly evolving, so music programmers must be open to constant learning and experimentation with the music they are producing, making them an asset to any production team. 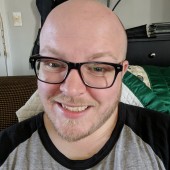 Why Do Drummers Have Glass Around Them?

How Do You Get Rid of a Lazy Band Member?

What is Monster tour water? How Do Music Venues Pay Bands?