Why Do Bands Have Two Guitarists?

It’s not uncommon to see rock bands regularly featuring two guitarists in their line-up. That creates another mouth to feed and another person to increase complications of coordination. It seems like having a single guitarist would be just as effective. So why do bands have two guitarists?

Bands have two guitarists to separate lead and rhythm roles separately. This additional guitarist gives them more variety in the style of music they play, includes a fuller sound, and has more versatility in live performances.

Many bands feature dual guitarists as they create iconic albums. Think of The Beatles, Iron Maiden, The Rolling Stones, and Guns & Roses. Each of their landmark albums had multiple guitarists laying their marks on classic songs, no matter why.

There is always a reason for having multiple guitarists in one band so let’s explore further as to exactly why bands have two guitarists.

Many bands have two guitarists to have one focusing on a lead section and one on a rhythm section. The lead section always goes for melodies giving a song a unique identity. It complements the rhythm section, which keeps the song’s basic structure moving along regardless of what the lead does.

Many bands that only have one guitarist can find themselves limited in what they can do to vary their tunes. It revolves around relying on other instrumentation to keep the structure should they want to solo or add anything unique. This single-guitar strategy may work in genres like punk or hardcore (where chords are king), but not in mainstream genres.

Therefore, many alternative or metal bands opt for the two-guitar approach. The lead has much more creative freedom and room to maneuver during the songwriting process with a second guitar. Meanwhile, the rhythm section focuses on the basic riff and chord structure throughout the song and keeps moving.

Take “Sweet Child O’Mine “ by Guns & Roses as a classic example of why bands do this. Throughout the song, Slash focuses solely on the melodies while Izzy Stradlin keeps background riffs chugging in time with the bass and drums.

The solo’s rhythm and outro is an endless juggernaut punching through a wall as Slash fills in the void left by the lack of vocals. This combination proves the value of two guitarists. Not only does the song keep building to its climax, but the separate parts keep the listener hooked without needing anything extra to define it.

Bands With Two Guitarists Have a Layered and Fuller Sound

It’s almost universally common to find modern songs made up of multiple layers. It gives songs a richer sound, and the multi-layer format means that you can always hear something in the background. For many bands, having two distinct guitarists helps them achieve this when recording an album.

Neither guitarist has to be the only lead or rhythm, but the complimenting sounds are a vital part of enriching the listener’s overall experience. The process, known as double-tracking, works by each guitarist slightly varying their approach when they play it to thicken up each section.

Bands can break down the main tricks by adding richer sounds into two main styles – chord types and the guitar’s tone.

When varying the chord types used, the guitarists need to ensure they complement each other to avoid drowning the other part out. Both players need to use a selection of different combos:

Doing this means that the riff sounds are very similar to each other without sounding out of place or clashing with one another.

Listening to how multiple guitars sound gives a different feel to each layer is always something for the listener to appreciate. It doesn’t matter what sort of style it is, but each offers a deep sound to any song:

It is easier for a band to get a much fuller sound out of the finished piece by mixing these different layers. This strategy keeps the listener entertained from start to finish.

Two Guitarists Can Cover Up A Musician’s Weakness

For some bands, having two guitarists can help cover areas where a player may not feel comfortable. It may seem harsh, but covering all bases with two separate guitar roles can work out to everyone’s benefit.

Lead roles need someone who can handle melodies and have a flair for improvisation. Rhythm parts need someone disciplined and able to keep going from the start to the end. The two aren’t typically talented at fitting the other’s position.

Each role works to the benefit of players with completely contrasting styles. Lead guitarists will often be very technical and have a melodic mind that likes to experiment frequently. Rhythm players may not have technical prowess but will often have the patience and grit to master the riffs and chords to make more profound music.

A great example of this dynamic is the iconic British band Def Leppard, particularly during their 1980’s heyday. On one side, you had Phil Collen, who had a very technical and melody-driven style. That was the complete opposite to Steve Clark’s style that focused on distorted chords, “wah” techniques, and simplistic style.

These styles worked complementary to one another, mainly calling back on Collen’s more technical nature than Clark. After Clark’s passing in 1991, Collen openly admitted to struggling to replicate his bandmate’s more simplistic style at shows before Viv Campbell arrived in 1992.

It’s a great example of seeing how bands at the highest level overcame different playing issues. Also, it’s a reminder of how having two guitarists working well together can help a band stand out.

It doesn’t matter how many layers or parts exist on a recorded song; playing it live is an entirely different scenario. Having a second guitarist is vital if you want to replicate two guitarists’ sounds from an album.

If you have two distinct parts to a song, it is physically impossible to have just one person play it live. Not only will fans be disappointed, but it raises questions about the band’s competency and legitimacy.

Therefore, having dual guitarists eliminates this issue when playing live. It’s an essential feature as bands with “one” official guitarist will almost always have touring musicians in their entourage.

The touring musician will act as a second guitarist to ensure that the band can still play any songs with more than one part live. The members will often not receive credit as a member, and bands can swap them between touring cycles. However, having that option there ensures that a live show delivers for a crowd.

There’s no better example of this than American punk rockers Green Day. Green Day is usually advertised as a trio leaving Billie Joe Armstrong as their sole guitarist. It doesn’t take long to notice that their songs almost have dual parts involved. From early hits like “When I Come Around” to more modern tunes such as “American Idiot,” you can hear the rhythm section playing during the solos or breakdowns.

Green Day has always had at least one touring guitarist at their shows to fill in the void and play the parts that Armstrong isn’t able to play. They have generally employed Armstrong’s longtime friend Jason White in this position since 1997, although others have filled in before and during White’s association with the band.

By overcoming this issue, Green Day is one of the most successful rock bands of this generation, known mainly for their live shows. With that in mind, it’s a clear indicator of why many bands need two guitarists in their lineup, regardless of whether they’re fully-fledged or not.

Overall, it isn’t hard to see why bands have two guitarists in their lineup. It helps them identify clear sections in songs and enjoy much more creative flexibility.

Alongside that, it gives songs a much richer sound and overcomes any weaknesses that each member may have. This contribution translates directly on the stage, as each member can play their part without making any sacrifices. It’s all been tried and tested by legends in the business and shows just how important it is for bands to have two guitarists ready and at their disposal. 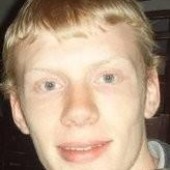 Beginner’s Guide: How To Start Learning Music Theory As A Guitarist

What Do Bands Do After A Concert? (or While Touring)

Why Is Hip Hop So Popular?

At What Age Are You Too Old to Rock n Roll?